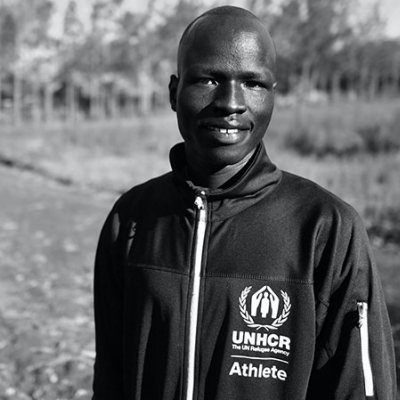 Pur fled from Nasir, South Sudan with his relatives in order to excape the war. He arrived in Kakuma in 2005,buthis parents remained in Nasir, and henever returnedto South Sudan. In 2015, he heard that the Tegla Loroupe Foundation was organizing athletics trials in Kakuma. Pur took part in the trials, showed promising results and was selected to join the Foundation. He has been training in the foundation ever since and was selected for the Olympic Games Rio 2016 as part of the IOC Refugee Olympic Team. He is now living in the USA and is a student at the Iowa Central Community College where he trains. He is also a board member of the Olympic Refuge Foundation.